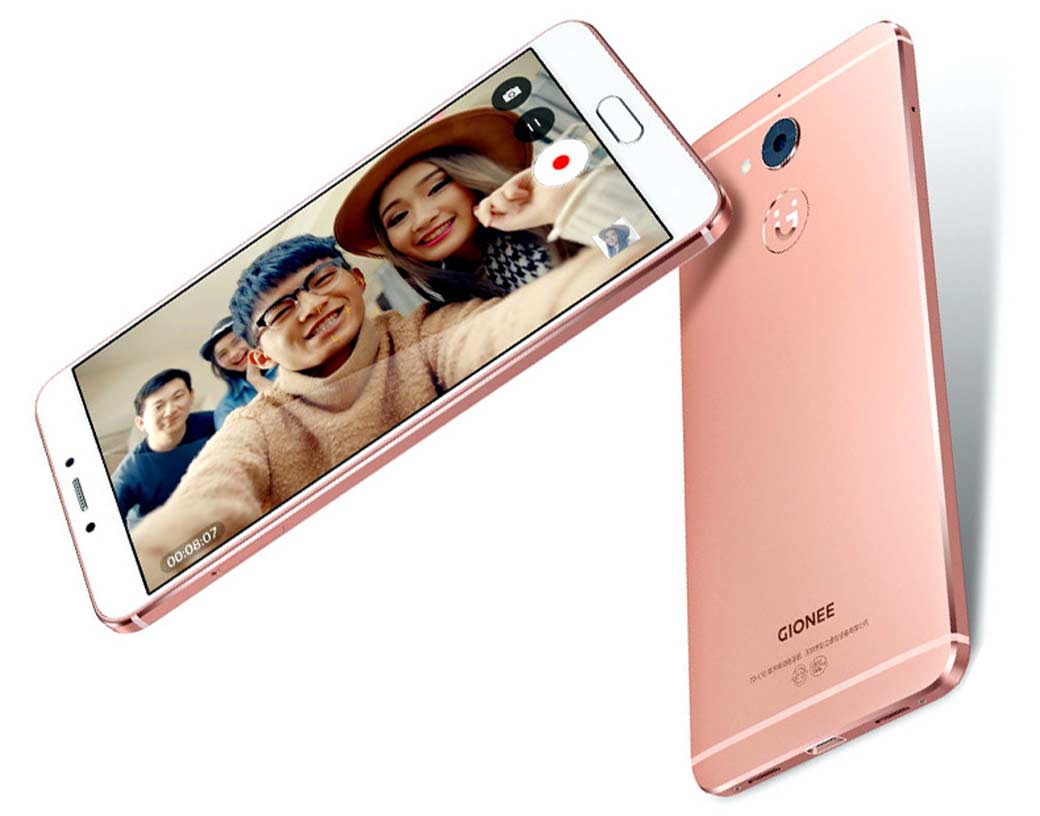 The Chinese smartphone industry has been ruling the hearts of people looking for budget smartphones for quite sometime now. Gionee is one such company which had been introduced to the Indian consumers a long time ago. It started off by producing great looking smartphones and had also come out with the world’s thinnest smartphone initially. Now, aside from style and elegance, we reckon Gionee smartphones an equivalent to powerbanks.

Gionee’s latest release is the S6 Pro, which along with a robust configuration, seems to have a few more tricks up its sleeves. It is being shipped with a VR headset which makes it great choice for entertainment seekers. So if you are debating on purchasing this smartphone, let us find out the top 5 features that makes this phone a good choice.

Everybody loves things at a fast pace, and Gionee is not unaware of it. The device sports a fingerprint scanner embedded on the home button which can be unlocked in just 0.1 seconds (as claimed by the company).

Another great highlight of this smartphone is that the users get the ability to work in two different screens at the same time. Say, a user can play a video in one screen whereas on the other screen, notifications (from apps installed on the device) can be seen. The dual-screen mode indeed provides a very big advantage for multitasking lovers.

The Gionee S6 Pro also supports 4G and VoLTE connectivity which is currently trending highly. Although, it supports VoLTE but the Indian consumers will not be able to enjoy the perks of the free service provided by reliance JIO for free video calling as is in the official JIO website it is stated so. However, users can go for any other VoLTE SIM which is compatible with this smartphone.

With the S6 Pro smartphone, the users can enjoy a lot of preinstalled apps. They can entertain themselves by the Saavn Pro music streaming service. One should keep in mind that Saavn Pro App is free only for the first three months. There are other interesting apps like the Video Editor with themed and professional edits, Desktop Editor, Image+ to record amazing photos, video beautification, time lapse, text recognition and several others.

Selfies have become a necessity for most, especially the youth. Selfie admirers love to share their images, be it on social networking portals or during personal communication.

And what if selfie lovers can take cool pictures even in night mode? Yes, the Gionee S6 Pro has a front flash allowing the users to capture great shots without worrying about low light or no light. The front snapper is an amazing image catcher in both scenarios – daylight as well as during night. Needless to say, the main shooter also does a great job, resulting in fabulous photographs.

The Gionee S6 Pro is a perfect choice for selfie lovers and packs in quality elements. It has a slim body and comes with USB Type-C charging slot. The gaming performance and multitasking in this handset is also very good. The users need not to worry about battery drainage as Gionee S6 Pro features a 3,130mAh li-polymer battery which outputs a great amount of backup for long hours. So at the price point it is being offered at, the Gionee S6 Pro seems to be a great buy.

How To Make Use Of Your Old Phone?
A Brief About A Few Must-Have Cell Phone Accessories
The Best Candy-Themed Mobile Games To Satisfy Your Sweet Tooth
Importance Of Using A Mobile Number Tracing Website Or App
« Meizu MX6-First Phone With Sony IMX 386 Camera
Something To Know About Internet Of Things »