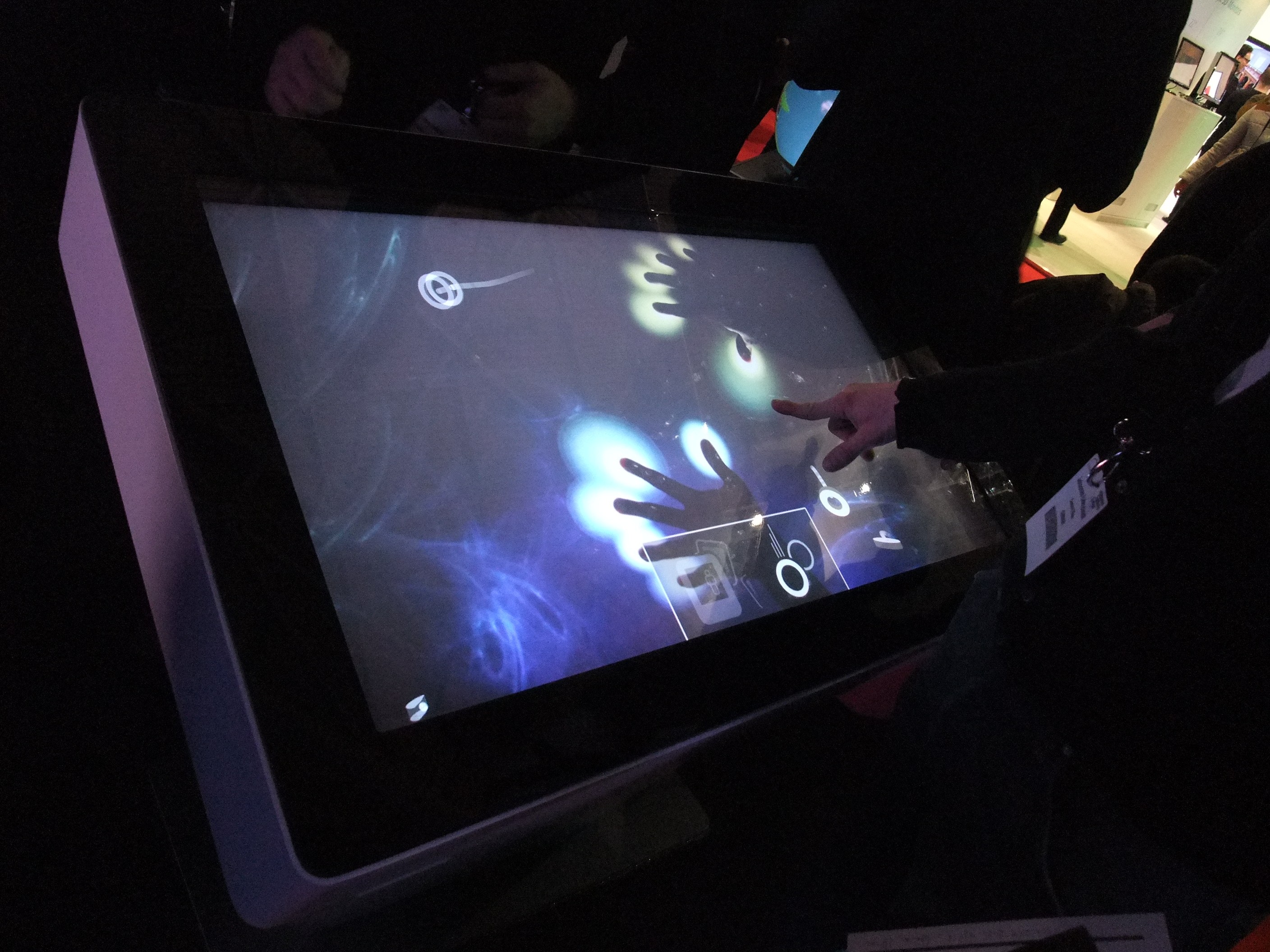 It would be fair to say that touchscreen technology is now so commonplace that most people take it for granted. Indeed, the relative ubiquity of touchscreen PCs, smart phones, tablets and consumer kiosks nowadays ensures most users don’t really think twice about the ins and outs of this innovative and intuitive technology.

The purpose of this article is to highlight some of the science used in contemporary touchscreen devices and throw some light onto how they actually ‘know’ where and when they are being touched.

In essence, there are three distinct systems which touchscreen devices use to recognise a person’s touch. These systems are: resistive, capacitive, and surface acoustic wave. Below is a brief overview of each.

Resistive systems use a normal glass panel that is covered with both a conductive and a resistive metallic layer. These two layers are separated by spacers, while a scratch-resistant layer is mounted atop the entire set-up. Once the touchscreen monitor is turned on, an electrical current starts running through the two layers; this enables the two layers to make ‘contact’ at the exact spot a user touches the screen. The alteration in the electrical field is recognised by the computer which calculates the coordinates of the point of contact at the same time. Once these coordinates are confirmed, a special driver translates the touch into data that the operating system will understand (in much the same way as an old computer mouse driver would translate the mouse’s movements into a click or a drag).

Capacitive systems make use of a layer that stores electrical charge placed on the glass panel of the touchscreen monitor. This enables a transference of charge, i.e. some of the charge is transferred to the user when they touch the monitor with their finger, thereby causing the charge on the capacitive layer to decrease. This reduction in charge is measured by circuits located at each corner of the monitor. By noting the relative differences in charge at each corner, the computer can calculate exactly where the touch event took place and relay the information to the touchscreen driver software..

Surface acoustic wave systems use two transducers – one to send and one to receive – placed along the x and y axes of a touchscreen monitor’s glass plate. In addition to this, glass reflectors – designed to reflect an electrical signal sent from one transducer to the other – are also placed on the glass. This allows the receiving transducer to ascertain if/when the wave has been disturbed by a touch event and enables the computer to locate it accordingly.

Because of the differences in design, there are notable differences in the way each system responds to touch event stimuli. A resistive system will register a touch as long as the two layers make contact, therefore it doesn’t matter if a user touches it with a finger or a rubber ball. In contrast, a capacitive system needs to register a conductive input, i.e. a finger, in order to register a touch. Surface acoustic wave systems work in a similar way to resistive systems, enabling users to navigate their monitor with almost any object (excluding hard, small items like pen tips).

About the author – Bo Heamyan blogs regularly about life in the Digital Age and has written extensively about the merits of touchscreen technology for various websites, including Distec.co.uk.

What Are Some Exclusive Benefits Of Buying Sage 200
The Pros And Cons Of SSD Hosting  For Your Website
What Should You Consider When Choosing Coding Classes For Your Kids?
4 Expert Tips To Hire The Finest Azure Consultants
« Preparing Your Business Processes For Extreme Weather
Maruti Suzuki Ertiga – Views From Autoportal India »