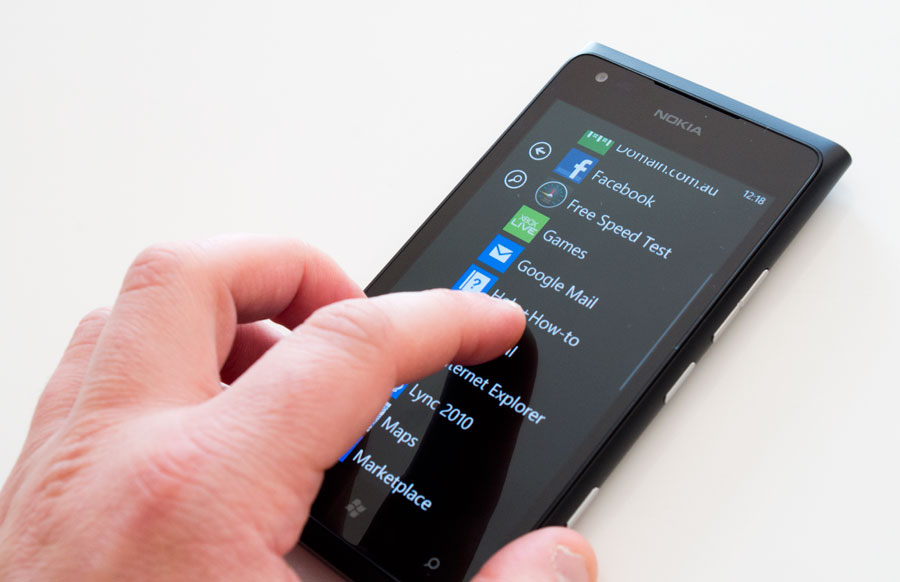 Nokia first unveiled their Lumia 900 range of Windows-powered smartphones on January 19, 2012 at the Consumer Electronics Show of that year. At this event it took the Best Smartphone award against strong opposition from competitors such as Apple and Samsung. In the US, Nokia and phone carrier AT&T Wireless threw a large marketing event for the Lumia 900 which included a launch party in New York City’s Times Square. Here in the UK, The Lumia 900 was released mid-May 2012 via Phones4U and can also be purchased through Carphone Warehouse.

The Lumia 900 includes a 109 mm display along with an AMOLED 800×480 pixel touchscreen. It features a polycarbonate one-piece body and comes in white, black, magenta and cyan. Amongst the specifications are the operating system of Windows Phone 7.5, a 1.4 GHz Qualcomm Scorpion CPU, 16MB of internal flash memory and 1830mAh Li-ion battery. It weighs in at 159g. It features a multi-touch capacitive touchscreen, ambient light sensor, three-axis accelerometer, proximity sensor, dual microphones which can be used for active noise cancellation and a digital compass, The main back camera is eight megapixels and features 720p video capture with autofocus Zeiss optics, whilst the front camera is one megapixel.

Some of the applications included are the useful Nokia Maps, TuneIn Radio, a global and local streaming radio application and Nokia Music, a streaming music and video store. App Highlights give you suggestions on software based on your personal location and preferences. Nokia Transport is also included, which is a useful location-specific public transport scheduler, along with a Cable News Network (CNN) news reader, Creative Studio (a photo- and video-editing app) and a lot more.

One difference in the UK model compared to the US one is that it does not feature 4G LTE connectivity for high-speed internet access. Instead it will feature 3G HSPA+, which has connection speeds which are comparable to the 4G LTE connection. Other phone specs remain the same.

Advantages over the Lumia 800

Although it is based on the Lumia 800, the 900 contains numerous feature upgrades which differentiate it from the previous model. The 900 comes with a 4.3″ (109 mm) display, a better battery and a second camera which can be used for video calling. So, is now the time to sell your old Nokia Lumia 800 to upgrade to this fully featured addition to Nokia’s smartphone range? We would have to say yes.

Another cool feature of the Lumia 900 is the included diagnostic tool, which allows you to run tests and checks on the various aspects of your smartphone. Press 634 on the keypad to activate this function. Using this diagnostic tool, you can run tests on the camera, accelerometer, audio loopback, battery status, LCD brightness, screen lights, magnetometer, life timer, gyroscope, hardware buttons, speaker, touch/vibration input and proximity sensors. You can also test all these functions in one sweep. This function does not damage the phone, but is utilised by technicians (and those of us who are curious) to test the phone and discern whether or not various features are functioning correctly.

How To Make Use Of Your Old Phone?
A Brief About A Few Must-Have Cell Phone Accessories
The Best Candy-Themed Mobile Games To Satisfy Your Sweet Tooth
Importance Of Using A Mobile Number Tracing Website Or App
« Features To Look For In The Best Phone Under 10000 In India
3 Foremost Reasons You Should Acquire Economical Phones »