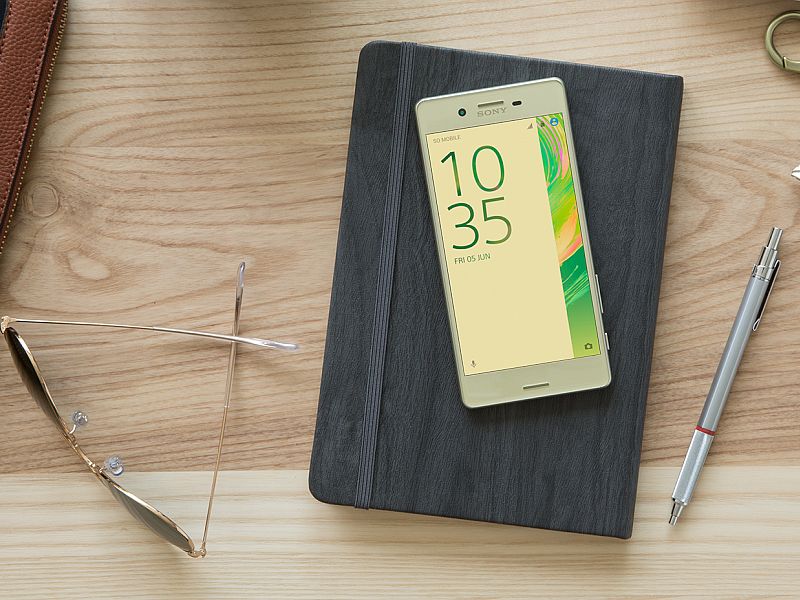 After seeing the likes of HTC, Samsung, and LG, all wanted was a spectacular phone from Sony. Our favourite tech-giant is known for the knack of making things in its own way, but in last few months, we still haven’t seen the same Sony we once loved for its meticulous craftsmanship and super-slick performance. Same design strategy, unimproved features, it all has been quite a tedium to bear along.

As the matter of fact, we hoped MWC would bring some surprises for us, but looks like, Sony is in no mood to make things different. The company has ditched its Z series of flagships for the new X series, but the apart from name, hardly anything looks changed in the new smartphones introduced by the company.

To end the falling trajectory, Sony aims to get a foothold in India with two of its X series smartphones, Xperia X and the Xperia XA. Both bundled with differentiating features are making news but not because of good reasons, because of their impervious and nonsensical pricing!

Xperia X Dual, the elder in this duo, boasts strong internals with Core Android experience. But is it worthy for a price as hefty as Rs. 48,990 in Indian currency? We surely don’t know, especially when something like Galaxy S7 stands in the competition for the same price. Let’s see what exactly Xperia X has on offer for us!

In terms of design and physical size, Sony Xperia X dual brings a change, but more or less looks like the same black rectangle with rounded corners and metal unibody. It’s smaller than the modern lot of flagships, but again, 5-inches represents the sweet spot for single handed usage and a firm grip. Sony has replaced the metal and glass sandwich with a brushed aluminium back and 2.5D glass on the top. The handset looks alluring in that sleek profile and also boasts sides coated with polycarbonate trim. On whole, we find the handset as premium as older Xperia Z phones, but as we already mentioned there is nothing new to get excited about!

Just like physical outlook, the viewing experience on Sony Xperia X dual is also pretty much unchanged. The handset incorporates a 5-inch full-HD IPS panel with 2.5D glass, and gives an above par visual experience with fine details and perfect viewing angles. It is not quad-HD at resolution, but is still one of the best 1080p LCDs we’ve ever seen on a smartphone. Punchy colours, vivid output and ample amount of brightness under sunlight, all of it makes Xperia X a perfect fit for gamers and movie-buffs. It appears sharp as a pin, and adds a lifelike touch to text and pictures!

However, the biggest heartbreak comes from the hardware of Xperia X, impressive but definitely not worth it. The handset just like HTC One A9 incorporates a mediocre processor at an overly expensive price. It features Snapdragon 650 with Adreno 510 and a combination of six cores: two high-powered Cortex-A72 cores running at 1.8GHz and four Cortex-A53 cores running at 1.4GHz. It succeeds the SD615 SoC and pairs up with 3GB of RAM for handling heavy multi-tasking and gaming without any lag or performance glitch.

From our hands on experience, the performance of Xperia X was pretty much slick and snappy. The device pushes Android 6.0 experience above and beyond and offers top-notch performance with instant app loading and speedy multi-tasking. As a mid-to-high-end phone, it gets the job done nicely with smooth performance and more than enough space, but when you look at the India price tag, it looks nothing less than another let down.

Like always, camera is the biggest selling point for an Xperia flagship. Xperia X, to be more specific, ships with an upgraded iteration of Xperia Z5’s 23-megapixel rear auto-focus shooter with Exmor RS sensor and an aperture as wide as f/2.0. The camera, slightly protruding above the back, endows lifelike shots with minimal noise and an excellent shutter speed. It stands out with enhanced pixel count, but again suffers a bit under low-light due to lack of optical image stabilization.

As for selfie lovers, the front-camera brings a bump-up with a 13-megapixel f/2.0 shooter and 1/3″ sensor size. It gives you detailed selfies with vibrant colours but fails to match against Galaxy S7’s brighter and HTC 10’s low-light performing shooters.

The software on the new Xperia is, like always, a mix of Google’s and Sony’s design flourishes. The handset, based on Android 6.0 Marshmallow offers you a slick and intuitive user-experience with a bunch of tweaks and updates here and there.

It flaunts a fresh look with styled lock screen, Sony wallpapers, widgets, and a plethora of themes including the four pre-installed skins. The default home-screen launcher has been updated with app prediction and search options, while Sony’s native “Play” apps continue to embellish the same ecosystem we’ve been seeing on all Xperia phones. On whole, we can say, the software is close to vanilla Android, but with some unique design traits.

Xperia X combined with Sony’s battery saving mode gives you sufficient power for work and play. The handset bears a 2,620 mAh battery and lasts throughout the day quite easily. It does not disappoint by running out of power, and keeps up with every major task just as you expect from a heavily equipped flagship. This battery, though small, offers you top-tier performance and makes a decent package for on-the-go users and heavy gamers. As touted by the company, it may not give two days, but can last fairly longer especially with support for Quick Charge 2.0 tech!

Summing things up, we can assure you this is a good a smartphone with good looks, top-end internals, but a very bad pricing. Sony has kept a mid-to-high-end handset in the premium price bracket against the likes of Galaxy S7 and HTC 10. For 49k, this is definitely not the smartphone you’d wish to have, but if it had been 30-35k, it would have made a great deal for sure!

How To Make Use Of Your Old Phone?
A Brief About A Few Must-Have Cell Phone Accessories
The Best Candy-Themed Mobile Games To Satisfy Your Sweet Tooth
Importance Of Using A Mobile Number Tracing Website Or App
« Be Strategic And Grab The Benefits
Some Of The Proven Local SEO Tactics To Master For A Successful Business »