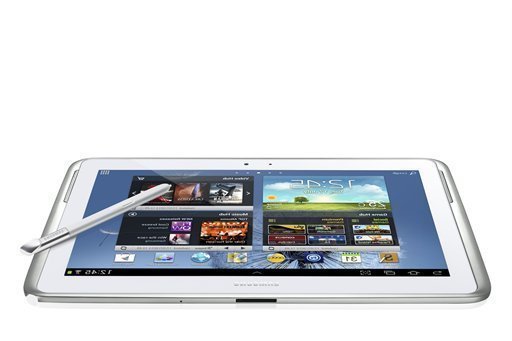 There are many reasons why people trade in laptop devices for cash. In some cases, consumers simply want to replace their existing laptops, which may be out of date or broken, with newer, better versions. However, a rising number of those of who take advantage of laptop trade in services are replacing these items with other forms of technology, such as tablets.

After all, these easy-to-use items can now do many of the things that laptops can, and they are typically easier to carry around.

It seems as though demand for tablets will remain strong over coming years. According to research published by the International Data Corporation (IDC), worldwide tablet shipments will reach 221.3 million units this year. Although somewhat down from a previous forecast of 227.4 million units, this figure still represents growth of 53.5 per cent compared with 2012.

Meanwhile, the firm stated that sales growth will continue into 2014. It predicted an increase of 22.2 per cent next year in terms of the number of tablets sold across the world. This could bring the total number of units purchased to 270.5 million.

However, IDC anticipated that annual market growth will slow to single-digit percentages by 2017 and it suggested that shipments will peak at 386.3 million units. This is down from a previous estimate of 407 million units.

Individuals who get money via laptops trade in certainly have plenty of choice when it comes to getting a new device and consumer trends are constantly evolving. IDC stated that one key factor to watch going forward concerns the mix of small and large tablets. The company suggested that the market has trended towards small devices over the last two years, but the rise in popularity of large phones could push people back towards bigger tables.

It also claimed that Apple’s launch of the iPad Air, a thinner and lighter version of its 9.7-inch product, could tempt people back to larger screens.

Meanwhile,  IDC predicted that Windows tablets may benefit from a transition towards larger devices. On this topic, research analyst Jitesh Ubrani remarked: “For months, Microsoft and Intel have been promising more affordable Windows tablets and 2-in-1 devices. This holiday season, we expect a huge push for these devices as both companies flex their marketing muscles.”

However, some people may simply stick with large smartphones, rather than investing in both a phone and a tablet. Commenting on this, IDC’s Tom Mainelli said: “In some markets consumers are already making the choice to buy a large smartphone rather than buying a small tablet, and as a result we’ve lowered our long-term forecast.”

He added: “Meanwhile, in mature markets like the US where tablets have been shipping in large volumes since 2010 and are already well established, we’re less concerned about big phones cannibalising shipments and more worried about market saturation.”

Many of the best tablets on the market are costly, but by trading in their old laptops and putting the money they make towards these purchases, people can make the items more affordable.

About the Author – Anna Longdin is a freelance blogger who has written widely on the subject of laptops for a variety of leading sites, including Laptop Trade In.

Is It A Good Idea To Buy Refurbished Cameras?
The Fastest Elo Boost To Enable You Everything In Quite Effortless Ways
Learn How To Take Better Family Holiday Photos
How Can You Step Up In Your Advertising Strategy With Ott Advertising?
« Management Of Information Technology Service
Million Dollar Sound System Among Range Of Impressive Products Showcased At The Home Entertainment Show Staged In Las Vegas »