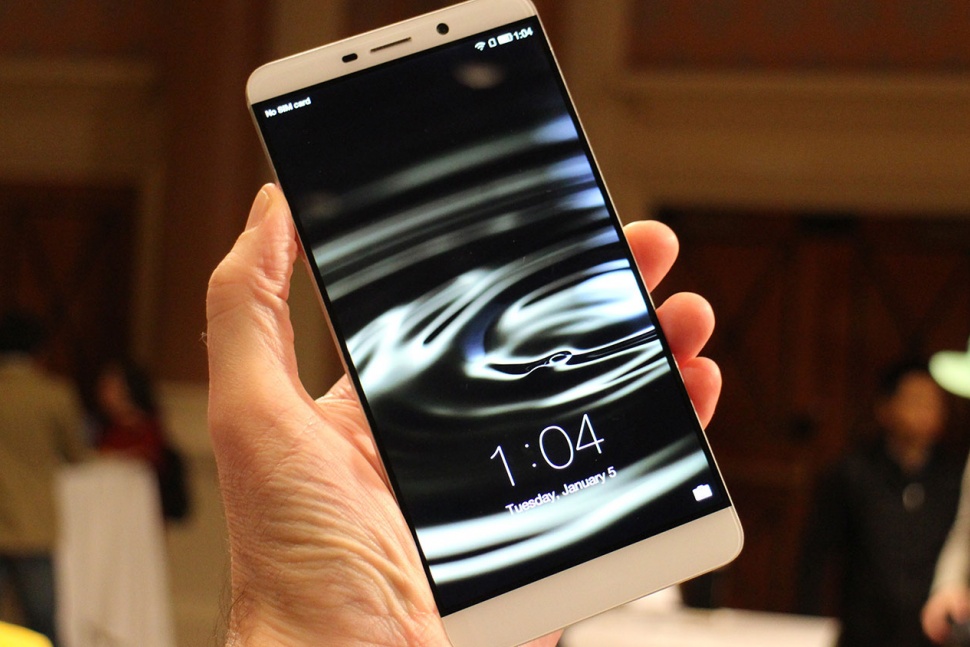 The new LeTV smartphone models are here to charm the budget smartphone lovers with something big and attractive. LeEco (formerly LeTV) unveiled not one but three new smartphone models at an event in Beijing recently in order to cater to the various requirements and budgets of the innumerable smartphone aficionados in the world.

Named as the LeTV Le 2, LeTV Le 2 Pro and the LeTV Le Max 2 all three smartphone models have been similarly designed attractively with metal, thin bezels as well as fingerprint scanners lodged at the back of the handsets similar to the one on the LeEco Le 1 smartphone model that has received tremendous market response in India.

It is good to mention at this point of time that among these three new LeEco smartphone siblings, the most obvious difference is the screen size. While the new Le Max 2 is the largest among the trio with a large screen size of 5.7 inch, the Le 2 and the Le 2 Pro packs in similar 5.5 inch large screens. The similarity between this three new LeEco smartphones lie in the fact that all of them have relinquished the 3.5 mm audio jacks in favor of the USB Type-C ports, owing to the Chinese company’s explanation of Continual Digital Lossless Audio technology. As per LeEco this will offer a superior lossless audio experience. Moreover, the new LeEco trio also runs on the latest Android version 6.0 Marshmallow topped with the company’s customized EUI 5.5.

Now, among these three new LeEco smartphone models, the LeTV Le 2 and the LeTV Le 2 Pro are actually very similar models as very apparent from their similar names. It is also quite obvious that the LeTV Le 2 Pro is the slightly more loaded version of the LeTV Le 2, although the latter is also a very worthy handset on its own. At this moment, it is really not certain when the Chinese tech company is going to release the new LeTV Le 2 twins in the Indian mobile market. Nevertheless, owing to the massive success of the LeTV Le 1, LeEco is expected to soon launch its very capable upgraded successors in India.

For all those who are eagerly waiting for the new LeEco smartphone models, here is a comparison between the newly unveiled LeTV Le 2 and the LeTV Le 2 Pro models to find out what they offer and how they are different from each other:

The LeTV Le 2 Pro comes with a large 5.5 inch IPS LCD multi-touch display of 1 1080 x 1920 screen resolution along with a pixel density of 401 ppi, which ensure crystal clear and vibrant visuals.

The LeTV Le 2 also features a 5.5 inch large IPS LCD multi-touch display with FHD resolution and a similar density of 401 ppi, so there is no difference in the visual quality.

The LeTV Le 2 Pro is a dual SIM supporting smartphone that is powered by a Deca-core processor along with MediaTek chipset that is clocked at 2.5 GHz of speed along with the support of 4 GB of RAM for rapid performance. For a superior gaming and graphics requirements, the mobile phone comes along with Mali-T880 MP4 graphics.

For enhanced security, the smartphone also comes with a fingerprint sensor to protect your data and runs of Android 6.0 Marshmallow OS version. The Le 2 Pro has an onboard storage of 64 GB that is not expandable.

On the other hand, LeTV Le 2 packs in a Deca core MediaTek chipset that ticks at 2.3 GHz of speed, which gets the support of accompanied by 3 GB of RAM for a smooth multitasking, while for impressive gaming experience there’s the Mali-T880 MP4 GPU.

The Le 2 is also dual SIM smartphone that offers the security of a fingerprint reader and offers the benefits of Android v6.0 Marshmallow out of the box. It comes with a lesser 32 GB of inbuilt memory.

The Le 2 Pro packs in a great 21 MP primary rear camera along with LED flash, while for selfie shooting and video call requirements it gets an 8 MP snapper. There are the camera features such as Image stabilization, Auto Flash, Touch to focus, Digital Zoom, Face detection, etc for god photo shooting experience.

The Le 2 comes with a 16 MP primary camera at its rear along with LED flash and the camera features mentioned above. The device also offers an 8 MP front facing camera to click great selfies. Both the devices also have 4K video recording capabilities at 30 fps.

The Le 2 Pro draws its juice from a 3,000 mAh non-removable battery pack. The device offers a USB type C port that allows quick charging. Connectivity wise, it offers 4G connectivity on both the SIM cards while other options include Bluetooth v4.1, Wi-Fi 802.11, a/ac/b/g/n/n 5GHz, microUSB 2.0.

The Le 2 is backed by a 3,000 mAh non-removable battery that also offers fast charging facility. It also offers all the latest connectivity options such as Bluetooth v4.1, Wi-Fi 802.11, USB, a/ac/b/g/n/n 5GHz, etc.

Considering all the aspects, it is very clear that the LeTV Le 2 Pro and LeTV Le 2 are both highly capable and loaded new smartphone models, both of which should be great buys. They are also very worthy upgrades to the capable Le 1, which rightfully got so popular among the Indian buyers.

Both the LeTV Le 2 and the Le 2 Pro offer sleek and stylish design, metal built, large and vibrant displays, mighty configuration and good cameras. Both of them are also expected to come to India with very attractive price tags.

How To Make Use Of Your Old Phone?
A Brief About A Few Must-Have Cell Phone Accessories
The Best Candy-Themed Mobile Games To Satisfy Your Sweet Tooth
Importance Of Using A Mobile Number Tracing Website Or App
« Objective & Consistent Approach To Hire IT Consultants
How To Protect Your Smartphone? »