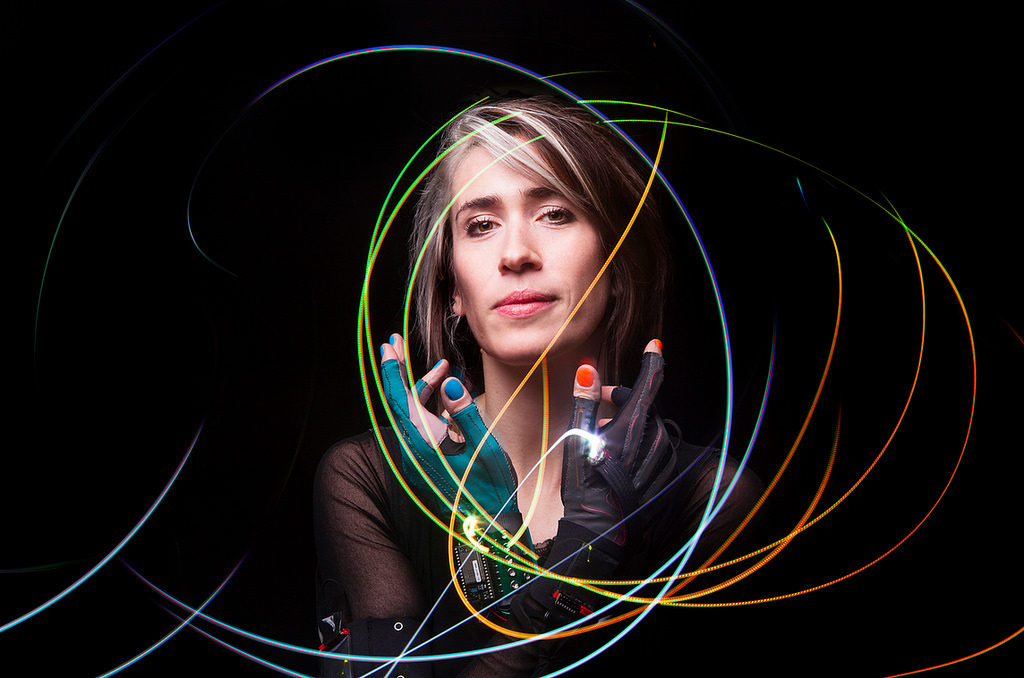 American Sign Language (ASL) was developed as a way to better communicate with the hearing impaired population. It is an effective and necessary tool which allows many to lead easier lives. Unfortunately the percentage of the population which is able to understand ASL is very low, and there is still a gap in communication as a result. Luckily The University of California San Diego is working on a new project that will lessen this divide.

Researchers in this University are developing a glove which ultimately will be able to translate ASL. It is outfitted with sensors which reads the motion being made by the wearer’s hands. While much of the research coming from the lab revolves around energy and biomedical devices, ASL was selected for these gloves because of the nature of the language itself, with many small gestures that are able to be read. Researchers wanted to examine how the sensors were able to pick up on a wide range of motion and how they then interpret it. The gloves also effectively demonstrates how wearable technology can be incredibly beneficial for the wearer and the potential positive effects they can have on everyday life.

The way it operates is by first gathering data through the stretchable sensors which are located on the knuckles of the gloves. These are connected to a circuit board which then sends the information via bluetooth to an open-source program on a device like a smartphone or a computer for translation. While it seems like a simple and easy-to-follow idea, there was a lot of work that went into the development of these gloves. It took about a year to get them right, much of which went into figuring out how to properly make the sensor. It then had to be programmed with the ASL alphabet which presented them with obstacles due to the similarities that some letters share.

While the project is worthwhile on in-and-of itself, another amazing thing about this project is the price-tag attached to it. These pieces of wearable technology can be created for less than $100 American dollars. It also appears to have a good lifespan as it worked for a number of months before having to be re-calibrated by the team. This indicates that wearables don’t have to be expensive to develop and that they can easily become a part of daily life for many people across the world.

The researchers who developed the glove have high hopes for where this technology could lead us in the future. Of course the seemingly next logical step is that it should be used to interpret for the deaf population, but it could also be used in giving commands in smart-homes through gestures. Some other suggestions are that it could branch into virtual reality and entertainment electronics as well as into workforces like tele surgery and training. They have also suggested adapting the technology into piloting aerial drones or for defusing bombs. The technology is still in the early stages, so there is no doubt that there are many places it can be taken. Chances are good that it will lead to a number of offshoots in development. All of these will most likely come to the forefront in the coming years, especially as automation takes over a number of industries and as virtual reality inevitably become more prevalent.

Who Will be the Creators and Maintainers

While much of the technology mentioned above does not seem very far fetched, or far away for that matter, it is still in various stages of development. That being said, once it is ready the technology will be expedited out into the public for consumption. We can see this in the automation around us and the increasing presence of digital technology in automative forms like self-checkouts and placing orders at restaurants through a tablet. All of this was developed by researchers and programmers, but they also rely on technicians to maintain the technology on a day to day level. As technology becomes more and more prevalent, more electronic technicians are needed in order to ensure that everything is working the way that it needs to. Skilled professionals with electronic technician certificates will be highly sought after in the coming years.

These ASL gloves point to a positive developments being made in wearable technology. At once they both show that it is possible to do it without spending ridiculous amounts of money, and that they have the potential to benefit people in a real way. We can expect to see more of these devices in the near future.

What Should You Consider When Choosing Coding Classes For Your Kids?
4 Expert Tips To Hire The Finest Azure Consultants
Everything You Need To Know About WordPress Hosting
Cloud Data Privacy: What Is It?
« Tips From SEO Services Toronto To Boost Your Online Sales For Your Ecommerce Website
How Cities Can Reduce Wasted Water »