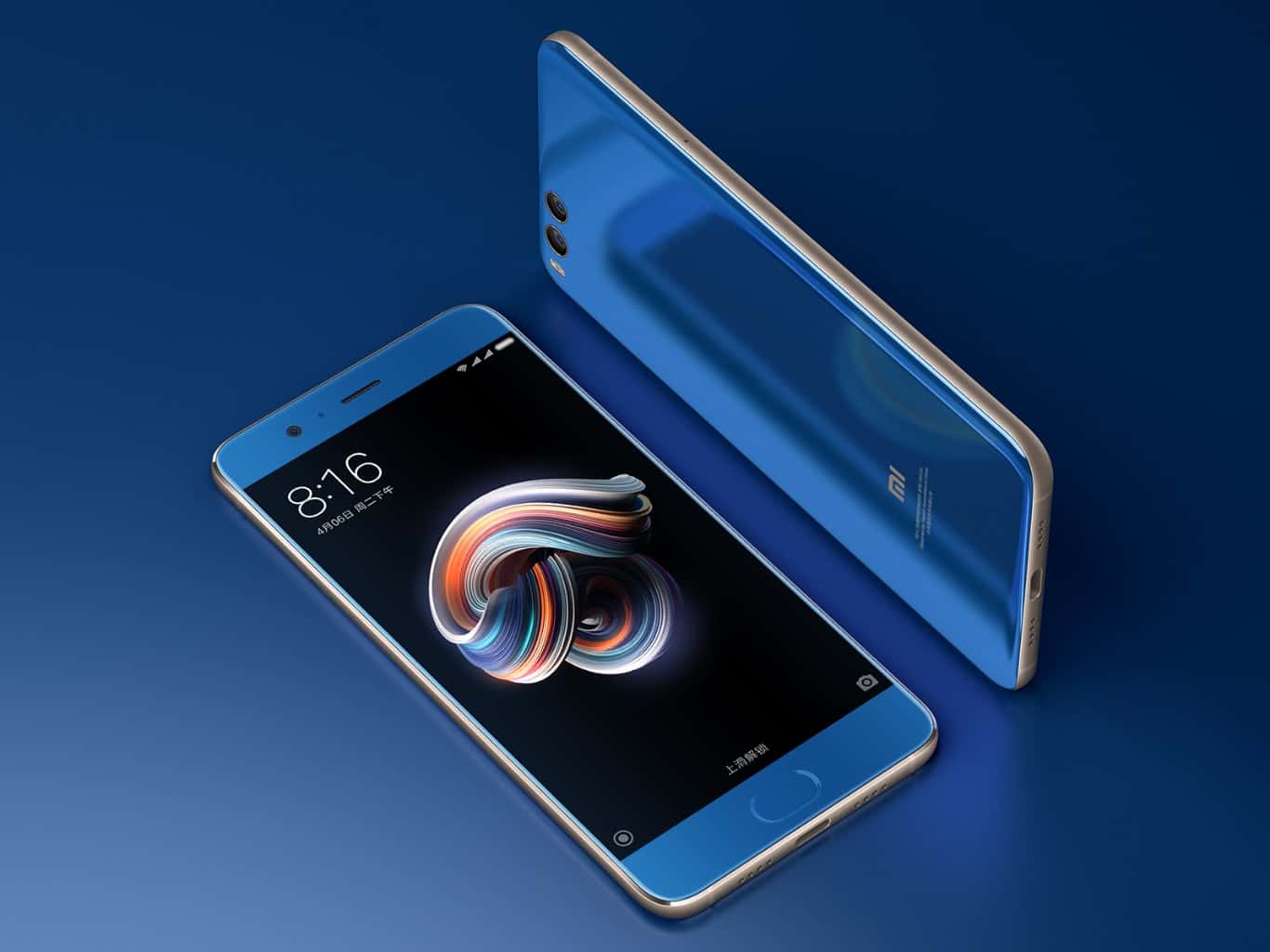 Xiaomi recently launched the launched the much awaited successor to the Mi Note series in China, named the Mi Note 3. It is a very beautiful phone boasting of some impressive specs at a decent price point.  It expected to be released in India early next year and so with that said, let’s get into the review for the device prior to its launch:

The Mi Note 3 is based very close to the design ideology of the Mi6. The devices look pretty similar, sporting thin bezels and curved glass accents around the device. The Mi3 has a very premium feel to the device, being made out of composite metal with scratch resistance glass. While the device looks great, it will also be a pain to keep clean because the glossy finish does tend to attract a lot of fingerprints. The device has a front mounted ultrasonic fingerprint sensor which also doubles up as the home button which is great usability wise.

On the packaging and accessories end of things, the Xiaomi Mi Note 3 comes in a very premium looking box. The packaging contains a fast charge supported travel charger, a USB to 3.5mm jack converter (yes no dedicated 3.5mm headphone jack) and a standard USB Type-C cable.

Moving on to the display, the Mi Note 3 features a full HD 5.5’inch IPS LCD display. While it isn’t as vivid as the AMOLED’s, it does have very natural looking colours and decent tonnes. It is slightly bigger than the Mi6 which has screen size of just 5.15’inches. Other than that the device has proximity and brightness sensors to aid the display. Also the display manages an impressive body to display ratio of almost 75% which is excellent, meaning that despite the big display, the device will fell pretty small and easy to handle with one hand.

This is where things get interesting. The Mi Note 3 gets the newest processor out of QUALCOMM’s stable, the Snapdragon 660. It is a brand new chip that features Qualcomm’s very own Kyro chips instead of ARM’s cortex chips. This is an extremely efficient processor and despite the fact that it is nowhere near the Snapdragon 835 performance of the Mi6, it does manage to hold its own very well. The Snapdragon 660 is an Octa-Core CPU with 4 cores clocked at 2.2GHz and 4 of them clocked at a slightly lower 1.84GHz. Adding to the list of features is the 6GB of RAM like the Mi6 which should make multitasking and processor intensive works a breeze. The graphics are handled by the Adreno 512 GPU which is fast and ensures that tasks such as gameplay don’t lag on the device.

On the software front the device runs the MIUI 9 as the default skin on the Android 7.1.1 OS. On this device though, the software has been skinned to feel more premium and polished then they would on a Redmi device. This goes extremely well with the dignified and streamlined look and feel of the device. The software on the Mi Note 3 also has support for gestures, split screen functionality and the quick app switch feature of Nougat.

Xiaomi has adopted the dual camera setup for flagship devices in Xiaomi’s range. The Mi Note 3 is no different as it supports dual 12MP+12MP cameras at the rear for taking pictures. Gizchina stated it has the Xiaomi Note 3 is perhaps equipped with the best camera among Xiaomi phones till date and I am not about to deny that. The device has a Sony EXMOR-RS CMOS sensor that is coupled with 4-axis Optical Image Stabilisation. The camera takes images with 1.25 micron sized pixels, meaning that more light can enter each pixel at any given time. The device also features a very impressive f1.9 aperture for capturing a wide area in pictures and it is accompanied by a Dual tonne LED flash. The camera also features a 2x optical Zoom lens and 10x additional zoom in the software.

The front of the device has a 16MP camera powered by the same sensor for selfies, video calls and face unlock.

On the storage front, the device will come with a choice of either 64 or 128 Gigs of storage without the option for expansion via an SD card. I don’t get why Xiaomi would omit this in their flagship phones because storage expansion is kind of a big deal for everyone.

Owing to the larger proportions of the Xiaomi Note 3 than the Mi6, the device also features a bigger battery. It has a 3500mAh battery with Qualcomm Quick Charge 3.0 support.

Connectivity Wise, the device comes loaded to the brim with support for Indian 4G LTE, 3G and 2G bands as well as a few other global bands. It also features Wi-Fi 802.11, a/ac/b/g/n/n 5GHz with MIMO support, Bluetooth V5.0 with A2DP and GPS with GLONASS and A-GPS and lastly USB type-c connector. It does lack the 3.5mm jack for headphones but Xiaomi provides you with a converter in the box itself (I’m looking at you Apple).

The Xiaomi Mi Note 3 price will be around Rs28990 when it launches. For the price, you are getting a very premium looking device with good build quality and decent specifications. The biggest competitor to this phone will be from Xiaomi itself in the form of the Mi6. And while you do give up on the faster processor on the Note 3, you gain a bigger display, better cameras and a bigger battery for the same amount of money. So to pick the device, you’ll have to prioritize your needs accordingly.

How To Make Use Of Your Old Phone?
A Brief About A Few Must-Have Cell Phone Accessories
The Best Candy-Themed Mobile Games To Satisfy Your Sweet Tooth
Importance Of Using A Mobile Number Tracing Website Or App
« What Exactly Is A Flash Drive?
Getting Back On Track When Your Mobile Device Is Broken »