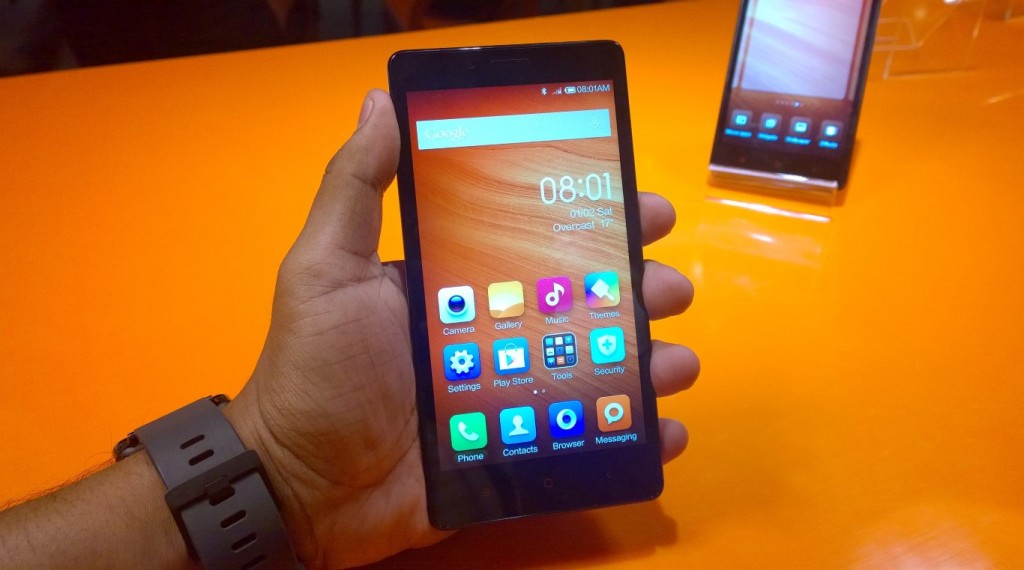 Xiaomi is a Chinese brand which produces smartphones and was initially not so famous in India. Now, this electronics giant is known to be the 3rd largest smartphone manufacturer in the world. With the introduction of its Redmi series of smartphones, it has gained the attention of most of its customers specifically in India too. Initially, Xiaomi phones were available for sale only on Flipkart. But, now it has extended partnership with Amazon and Snapdeal as well. The Redmi series phones released during 2013 and 2014 function under Android OS. The Redmi phones were initially branded as HongMi and later changed to Redmi. The major difference between the other Xiaomi smartphones and Redmi is the sophistication of the processor used. Redmi comes with a high-end Snapdragon chip. Hence, it clearly shows the giant increase in the market base for Xiaomi Redmi phones. Now, let us discuss the features of Xiaomi Redmi Note 4G in depth.

This smartphone was launched around August 2014. During its launch, it was priced at INR 8,499/-.

This Redmi Note is sleek in design and stylish in look with just a mere thickness of 9.5 mm. Also, the curved edge frame gives a good finish to the overall build of the phone. The length of this phone is around 154 mm. The width is a good 78.7 mm. This Redimi Note weighs around a whopping 185 g. This device though does not pamper its customers with a wide choice of colours to choose from. It comes in the Ghost White and Black shade.

This smart device has 5.5 inches display, thereby living up to its name. This broad display is an IPS LCD Capacitive touch screen make. It displays content with 16 M colour clarity. The screen resolution with which it comes is 720 x 1280 pixels. Also, its pixel density is approximately around 267 ppi. The interface used in this is the MIUI 5.0. And it has good multi-touch functionality.

This device functions on the Android OS. Specifically, it works with v 4.2 (Jelly Bean). It is upgradable to v4.4.2 (KitKat) later.

The chipset used here is the Qualcomm MSM8928 Snapdragon 400. The processing is done by a Quad – Core Cortex CPU processor. This processor runs at a speed of 1.6 GHz. The graphics interface is taken care by the Adreno 305 GPU.

The maximum internal storage available is 8 GB. Additionally, though, a provision for expanding the memory capacity is available. A card slot compatible to micro SD memory cards is present. The phone can handle a maximum expansion of up to 64 GB. The RAM capacity is around 2 GB.

Xiaomi Redmi Note 4G comes with a Li – Po battery which is removable. It has a capacity of 3100 mAh. Approximately it promises a Stand – by the time of around 775 hrs when a function on 3G mode. When on full music playback the battery might last up to a maximum of 60 hrs. Now the most important of all is the average talk time that it can withstand. It has a talk time of around 38 hrs.

Camera: This digital device comes with both a front as well as a back camera. The back camera has 13 MP of pixel power with a resolution of 4280 x 3120 pixels. It has an aperture of f / 2.2. Other highlighting features which help enhance the shots are Autofocus, LED flash, Zero shutter lag, Geo – tagging, Touch focus, Face detection, HDR and Smile Detection. It captures photos wide angle of 28 mm. It is known to capture pictures in the ISO mode too. Also, it is known to shoot pictures at 8 frames per second. The secondary camera is around 5 MP. The secondary camera does not come with a flash. It captures average, mediocre selfies. The various picture formats that it supports is JPEG, PNG, GIF and BMP.

Audio: The audio quality for this phone is decent and can be enhanced using external speakers. The various formats that it supports are MP3, AMR, aac, aac+, wb – amr, midi and ogg. It also has a fully functional FM radio connectivity.

Video: The video recording feature in this device can be done using both the cameras. Using the rear camera, you can capture HD videos with a resolution of 1080p (1920 x 1080). Also, using the front camera you can record videos at 720p resolution. The various formats supported are MP4, H.263 and H.264. Videos can be recorded at 30 fps.

The Xiaomi Redmi Note 4G has the only provision for a single sim. This is surely a major drawback. This single sim is compatible with GSM connectivity. It has other connectivity features like Wi-Fi and Bluetooth. It functions wirelessly on Bluetooth v4.0, A2DP. It is GPS enabled and has GLONASS and BDS too. And of course, as the name suggests this has very specialised 4G connectivity. It is said that this phone is designed to make the best use of the 4G networks speed.

Score: The Xiaomi Redmi Note 4G has earned a feature score of ‘78’in Pricejugaad.com. And this is an above average score which shows that users favour the choice of buying this phone.

Features: Its advantages are fast 4G connectivity, good battery, excellent camera and above average display. Whereas, the most disappointing feature is it being single simmed.

How To Make Use Of Your Old Phone?
A Brief About A Few Must-Have Cell Phone Accessories
The Best Candy-Themed Mobile Games To Satisfy Your Sweet Tooth
Importance Of Using A Mobile Number Tracing Website Or App
« Reliable, Affordable Mobile Phone Insurance
A Guide To Telephone Answering Services »